A crystal for detoxification of the soul

This beautiful crystal is not only well known for its gorgeous purple colour but also for its energy stimulator and purifying properties.

The name amethyst derives from the Greek word “ametusthos” which means “not intoxicated”. It was long used as decoration on Greeks and Roman goblets since it helped to prevent intoxication and excessive drunkenness.

Its origin is part of an ancient legend where the Greek god Dionysus was enraged by an insult and decided to avenge himself by making his tigers devour the next human he met.

Unfortunately, the person he met was a gorgeous lady called Amethyst. She was on her way to worship at the shrine of the God Diana. As the ferocious beasts attacked her, Diana saved her by converting her into a clear, white crystal. As Dionysus regretted his cruelty, he poured the most exquisites wine over the crystal, granting it its purple colour.

The main power of amethyst is helping to create a clear mind.

Thanks to the amethyst powerful energy of purifying the mind you can improve your focus on your work and personal challenges. Enjoy an enhanced imagination and passion as this semiprecious stone helps you set aside confusing and negative thoughts.

Amethyst serves as an ally and relieves problems like insomnia and nightmares, improving your sleep. It also refines your assimilation of new ideas and projects.

Due to the high spiritual vibration produced by this stone, it can help to purify your aura and free yourself of negatives thoughts and torments. It holds the power to clear your heart and help regain your spiritual composure since the amethyst also creates a shield that protects your mind and body.

The amethyst is a powerful way to stimulate the Third Eye, also known as the Brow Chakra. This Chakra works as the center of your perception and thoughts. Therefore, it is wise to stimulate the centre of the mind to open to new ideas, better perceptions and healthy flow of energy.

Pyrite stone is an iron sulfide mineral found in numerous geological formations such as cubes, grains, disks, stalactites and crystals.

This powerful stone is named after Fire. The word Pyrite has been derived from the Greek expression, ‘pyros’ or ‘pyr’ which means fire, mainly due to its quality to emit sparks when rubbed with a hard surface.

It seems as if the proverb, ‘All that glitters is not gold’ is written especially for the Pyrite stone, as its gleaming metallic gold lustre makes it so deceiving that it was nicknamed ‘Fool’s Gold’. Many fraudulent salt miners used pyrite to salt their mines by tricking people into buying it as gold.

In Ancient times, Incas used Pyrite while meditating to achieve prophecies and divination.

Pyrite being an Earth element, possesses the energy of Fire as well.

Spiritually, it is known for stimulating the Second and Third Chakras enabling the user to distinguish between what’s real and unreal by unveiling the hidden aspects.

Also, it imparts clarity of mind and also enhances the will power making one persistent to complete the task and goals.

Pyrite enhances creativity by opening your third eye, the eye of consciousness.

Pyrite can be a trusted bodyguard with its defensive aura acting a shield against negative influences, energies and emotions.

Moreover, Pyrite’s masculine nature makes it a stone of confidence and action.

It imparts a boost in one’s potential and stimulates the flow of optimistic ideas and energy.

Pyrite is also one of the finest Feng Shui crystals for abundance and wealth which makes it a stone of luck and good fortune.

Not only for financial, mental and emotional well-being, Pyrite also has known benefits for physical health. It can be used to treat bone disorders, bronchitis and other lung diseases.

So, keeping a Pyrite in your workplace or home can be your formula to a positive, happy and successful life. 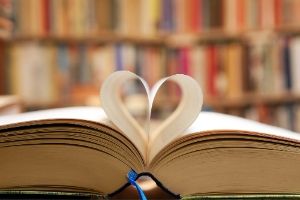